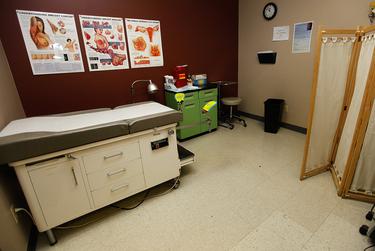 Though Gov. Greg Abbott loosened a ban on nonessential surgeries, he said Friday it would be up to courts to decide if his order restores access to abortions — the subject of a weekslong legal brawl — as the state continues to combat the coronavirus pandemic.

“Ultimately, obviously that will be a decision for courts to make,” Abbott said, adding, that an allowance for abortion is “not part of this order. The way that the order is written is in terms of what doctors write about the type of treatment that is provided.”

The Republican governor issued an order last month barring medical procedures that are not “immediately medically necessary” to preserve protective equipment and hospital beds for coronavirus patients. His directive extends through April 21 and Abbott said Friday the restrictions would be relaxed starting April 22.

But Attorney General Ken Paxton has declared Abbott’s first order applies to all abortions except those needed to protect the life or health of the woman. The near-total ban prompted a lawsuit from abortion providers, who accused state officials of political opportunism and argued the procedure does not usually require hospitalization nor extensive protective gear.

The case has ricocheted between the politically conservative 5th U.S. Circuit Court of Appeals and a federal district judge in Austin for weeks.

A three-judge panel of the New Orleans-based appeals court has largely upheld the state’s restrictions, but has allowed exceptions for pill-induced abortions, and for women who would pass the legal limit for an abortion on April 22.

Abortions are prohibited in Texas starting 22 weeks after a woman’s last menstrual period.

The case is currently pending before the appeals court.

Abbott said his original order barring elective surgeries was based on data that forecast Texas would have “strained” hospital capacity and limited protective gear. Now, he said, there’s “a great number of hospital beds that are vacant,” and a new supply chain to obtain protective equipment that has been in high demand nationwide.

“We’re very cautious, primarily because of the limited PPE [personal protective equipment] still for current hospital workers,” he said. “Hence, it has opened up a little bit for more surgical procedures and for diagnostic tests — especially for those who may have serious illness — in ways that we do not think will compromise PPE supply and in ways that will ensure that there still will remain an adequate number of hospital beds for anybody who may test positive for COVID-19.”

Starting next Tuesday night, healthcare facilities will be allowed to perform a limited number of nonessential surgeries, as long as those surgeries don’t deplete medical resources, and allow the hospital to keep at least 25% of its capacity available to treat patients with COVID-19, the illness caused by the new coronavirus. The facilities also cannot request protective equipment from public sources for the duration of the pandemic.